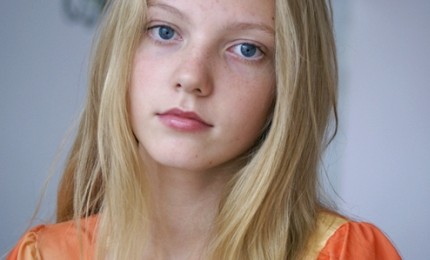 Things to do: Stream ‘Girl Model,’ an upsetting documentary

Instead of doing my taxes, today was spent watching “Girl Model,” a pretty depressing documentary about the trans-Siberian model railway, a chain of beauty stretching from the impoverished Siberian tundra to the wealthy and bustling city of Tokyo. 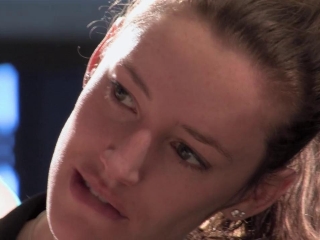 The documentary follows a former model and current modeling scout, Ashley Arbaugh, as she promises success and money to poor teen girls from small-town Siberia. Filmmakers, David Rodon and Ashley Sabin contrast Arbaugh’s own story of being a miserable young model in Tokyo with the work she currently does, recruiting girls to embark on a similar (if not much less lucrative) journey. 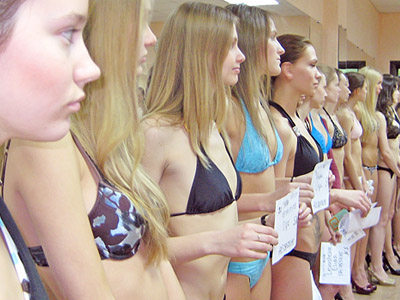 After surveying a room full of young Siberian girls in bikinis, Arbaugh picks several to travel to Tokyo, a place hungry for “fresh faces.” She works with Tigran Khachatrian, a man who thinks the best way to keep young models in line is to take them on a trip to the morgue to see an autopsy. Arbaugh is beholden to Khachatrian, but seems uncomfortable as he tells the filmmakers that his work now is devoting his life to saving young girls as some sort of penance for killing many men at war. By now it is clear this business is at least on the outskirts of unsavory.

However, perhaps the strangest aspect of this film is that Arbaugh (who may appear most culpable due to her own experience as a young model), was the one who approached the filmmakers suggesting a documentary about the industry.

I have scoured the Internet for recent interviews with Arbaugh but none can be found, leading me to assume that she caught a lot of flack for participating in the film, likely from those in her industry and from critics on the outside, who may have felt she should not be in business profiting from the exploitation (or near exploitation) of young girls.

However, without Arbaugh’s access, the film would never have been made. She knowingly implicates herself which is not an easy thing to do, and for that I applaud her. She admits to hating the business but being “addicted” to the lifestyle it provides, though she lives a self-described vapid life. In her bathroom she has photos she takes secretly of models under tables, a mess of legs and torsos and feet, hands clasped, body parts that may or may not fit together. As she puts them together trying to make sense of the unidentifiable bodies before her, she appears somewhat unstable. At another point in the film, she says that she has had to forgo her own sense of aesthetics to provide what the market wants, but she’s spent so long searching for the “right” girls for the market that she has come to agree that the most beautiful and ideal form is that of a very young skinny doe-eyed girl.

Like the girls separated from their families in Siberia, it seems Arbaugh’s perspective was taken and twisted by modeling as well. She has two naked baby dolls, bought when she purchased her Connecticut home at 23. She explains that since she had a house, she decided she should also have a family, the logic of a girl at play.

One of the girls Arbaugh scouts, Nadya Vall, seems miserable as Arbaugh was in Tokyo many years ago. Eventually she goes home in debt and it looks like she will never participate in the modeling business again, yet like Arbaugh, she continues to model.

Who is responsible for her exploitation then? What made her return?

The system Arbaugh is participating in is not right or nice or fair, and Arbaugh seems aware that the role she plays is at times reprehensible. If there were anything more Arbaugh could do to change the system from within than suggest and allow this documentary, I am not sure what that might be. However, the problem is bigger than Arbaugh, as older model Rachel Blais points out in the film. Society hungers for youth and beauty, and fashion is at once in command and surrendering to prevailing taste.

As for the models, how can one blame them? Once you have seen a world of beauty and fantasy and learned that your body may be your only way in, can you really look for other options?

← Why wear your heart on your sleeve when you can wear your extra vagina between your legs?
Out of Wedlock: A Single Person’s Take on Marriage Equality →