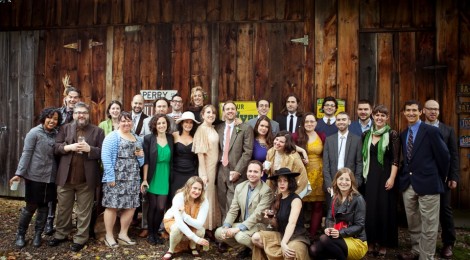 Out of Wedlock: A Single Person’s Take on Marriage Equality

Last fall, I had the benefit of watching one of my oldest friends get married. The wedding was beautiful, fun and everything one might hope for in a good party. It took place in upstate New York, and since marriage equality had been passed recently in our state, it seemed as if all guests celebrated without reservation. I was with this same friend and her now-husband when marriage equality passed on a hot night in June. The entire bar in Brooklyn erupted into cheers. We were, finally, all created equal.

Then, Beyoncé’s song “All the Single Ladies” came on and I looked around at my unmarried friends and down at my own ring-less hand. What if I never get married? Not to a man, not to a woman, not to anyone? Marriage equality is great and liberating and what should happen, but does marriage as an institution discriminate against those among us who, in larger numbers than ever, may never “seal the deal”? 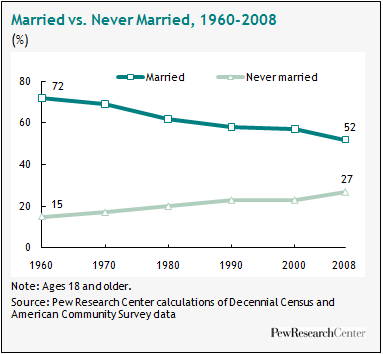 According to study upon study, trends are not in favor of marriage. There are more single mothers every year, more divorces and more couples who never partake in nuptial bliss. Studies also show that people who do get married are doing so later in life. 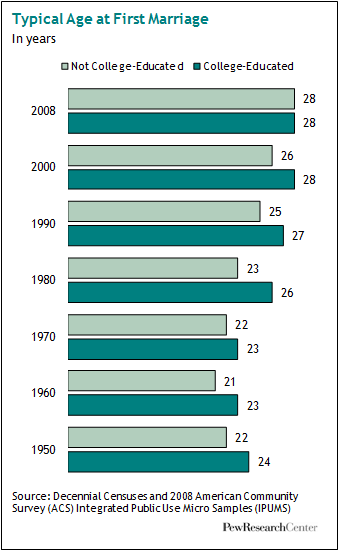 When you are used to living independently for most of your life, it is hard to adapt and put all of your trust and finances into one big pot and hope for the best, even if you are in love. Before marriage, we are taught and expected to be fiercely independent and self-reliant, how can the rules change in an instant? When you say “I do,” you don’t suddenly become at one with your partner by the magic vested in a shared tax form. In a culture where “pre-nup” rolls off the tongue as if it’s as American as “hamburger,” and where newlyweds may be children of divorced parents, the whole institution is taken, like a burger, with many grains of salt.

This brings us to the current discussion in the US Supreme Court, the ridiculous “Defense of Marriage Act.” Through this law, our government decided to define “marriage,” a license that entitles people to 1,138 federal rights, as being between one man and one woman. Rather than lament the injustice as it pertains to the usual suspects, I would like to inform you that married people have 1,138 federal rights that you, my single friend may not. In addition to having these rights, married and coupled individuals of all sexual orientations often have the benefits of shared rent and living costs, shared child care and someone awesome in their lives and beds. Hey Jealousy.

Don’t married couples feel a little bit guilty when they are saving money on food and rent and enjoy extra benefits like tax breaks on top of it? It’s like ‘congrats, you got a promotion, this means you will be paying fewer taxes!’ I knew one couple who got married on New Years Eve, gaining one whole tax year of bliss and everyone’s New Years plans.

While some of the rights and benefits of marriage (such as being legal parent to your same-sex spouses’ child without adoption) may not be pertinent to single people, other rights would be pretty awesome to have. Imagine being able to leave your social security check to your best friend without having to marry him or her. Imagine being able to obtain citizenship for your neighbor. Why is marriage the only defining social relationship with a non-relative that is afforded seemingly omnipotent legal standing?

Reverence for the category of “marriage” has almost singlehandedly sparked the revival of the religious right, as if it were the City on a Hill of human relationships. “Marriage worship” on both sides of the fight promotes the idea that single people are just waiting to meet the right person or are alternatively, just alone in the world. Hillary Clinton’s cheesy oft quoted statement “it takes a village” doesn’t seem to jibe with our strict legal notions of the family unit, where “traditional” marriage serves as an outmoded centerpiece. Most people I know go their own way when it comes to relationships. 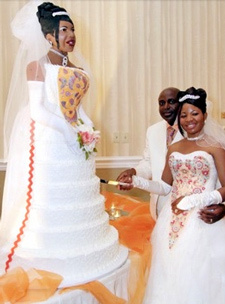 *I do not know this couple.

I know one couple who have had a walking marriage for decades: he walks to her apartment and she walks to his and they sleep in one place or the other or separately. They both have careers and no children.

I know another man and woman who have a baby boy and have chosen to be domestic partners only for his sake. It turns out listing both parents’ names on a birth certificate gives each of them parental rights and allows him access to their health insurance etc. Marriage is not just an emotional choice or an eventual reality, even for people who do fall in love, stick together and procreate.

I know a gay couple who have been together for decades, and now that marriage is legal in New York, they decided to finally make it official.

I know my parents, who were married for 25 years with two kids before they divorced, both deciding to never marry again. My father has a girlfriend who is herself a divorcee with grown children.

I have known my best friends for more than half my life, and we have lived within 10 miles of each other for most of that time. I knew them long before they met their current partners and their anniversaries will never catch up to our friendship. I know their parents, I know my “nephew,” who is my friend’s child, but my nephew nonetheless. Though I am not married, these relationships are no less important to me and no less vital to society. They are equal. The true value of human relationships can’t in good faith be legislated or categorized or placed into a single hierarchical system that is one size fits all.

While I may marry eventually, so I can reap the unfair benefits of marriage (because I always love a good government deal), I would forsake my own selfish interest to see the Supreme Court overthrow the entire institution of marriage, seeing it as the unfair, restrictive and presumptuous system it is. I would like to watch marriage equality supporters and opponents realize that not everyone will or wants to get married, and that regardless, we do all deserve equal rights. In my fantasy, equality supporters would get equal rights, and since marriage would no longer be a legal category, opponents could do whatever they wanted. I would like to watch both sides realize that marriage is a label, family is a construction made in many different ways, and love is better and more rewarding than any tax benefit.

Since that’s not likely to happen, three cheers for marriage equality.

Just remember, when and if the time comes, instead of having a wedding to celebrate your union, throw a party for all your single friends (with your tax benefit?) and shower them and the world around you with the love you have found. Maybe make a toast at the party and be really cheezy and quote Hillary Clinton and say: “It takes a village.” Supreme Court has just ruled that you MUST do that. 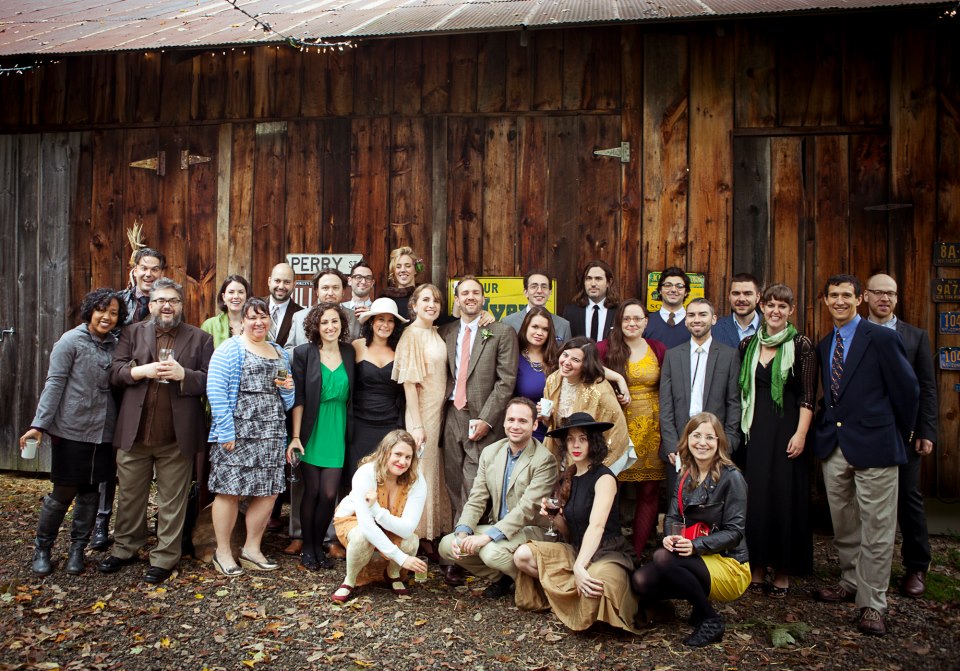 My friend’s wedding in upstate New York and many members of my “village.”