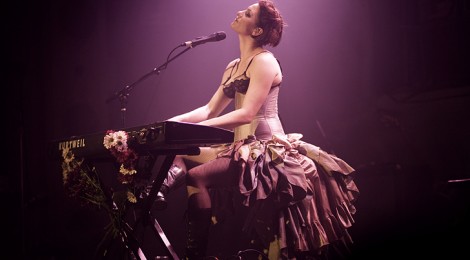 @Amandapalmer, Ancient Greeks and how we value art in America

O Muses, O high genius, aid me now! O memory that engraved the things I saw, Here shall your worth be manifest to all!
Dante

When I learned Amanda Palmer was looking to find musicians to play shows with her sans monetary compensation, at first I was horrified. My pet peeve in life is the ubiquity of the unpaid internship, and upon learning that Palmer had been given $1 million after a recent Kickstarter campaign, it seemed that surely, she had the money. Even if she spent the entirety of her fortune, she certainly could have earned more if she didn’t give her CD away to people like me who have given her nothing (except this article).

However, what the debate surrounding Palmer’s actions fails to address is the real issue at hand–something that actually has nothing to do with Amanda Palmer, and everything to do with the way we as a society envision and “value” art. We live in a society where time is money and the ineffable, rather than being sublime, is considered worthless. But, how do you place a value on a beautiful sunset or the sound of a bluebird? How many times have you been charged for a child’s smile? And, how do you measure the impact and value of someone’s music on your own life? I realize it is a bit far-fetched to compare Amanda Palmer to a sunset, but just stay with me for a moment.

When Amanda Palmer wrote her first song, I’m guessing that she didn’t sit down and think about how much it was worth. I am guessing that something–let’s call it a muse–struck her and she felt so compelled that she couldn’t help herself. That’s exactly how I, a writer, came to write this article. It would be nice if someone eventually paid me for it, but what matters right now is that I feel an unrelenting NEED to write this.

Should we send Palmer a check each time we listen to one of her songs or think of her fondly? Some might argue that yes, we should.  But, maybe one of her songs means more to you than the others, so do you pay more for “Melody Dean”? How much is this debate she has engaged in worth? $200? How much for my opinion on it?  We live in a society where doing something for free inherently means that someone is trying to take advantage of you, especially if the person you are doing it for has more money or success than you do. In the case of unpaid internships, where one works in the hopes of eventually being hired, and the company benefits from unpaid labor, the system is obviously unfair. Saying that it is an individual’s choice to take an internship doesn’t cut it.

However, creating art often requires a type of personal generosity and commitment that is not present in other forms of “work.” In return, artists are rewarded with fans who would do anything for them. I once gave Tori Amos a wooden box that was hand carved in India. Just saying. I wish we lived in a society where children were paid to learn how to play the piano or to take ballet lessons, but sadly, that’s not the case.

It is not that Palmer is cheap (she has agreed to pay her musicians), she’s just different. Different because she can afford to be, and different because she is inherently gifted and has been recognized for those gifts. Different because she decided long ago not to play for money alone, and somehow, that worked out for her. Her path is not one that will suit everyone, but in today’s economy, the best and the brightest among us should learn from Palmer’s example and do our own things with all our hearts, and perhaps, eventually have an empire–or at least a small business–where we can afford to pay some other talented souls to live up to their full potentials. While it’s nice that Palmer is sharing her monetary wealth with other musicians and giving things away to her fans, she is not required to. She has shared other things with us–from her candor to her drive to continue making music, to her twitter feed (thanks for the RT in advance).

The problem Palmer brought to light is that we, as Americans, do not have a financial system in place to support artists, yet we believe access to art is the right of every individual. As we continue to spend time in economic turmoil, this attitude has wreaked havoc on the creative class who can no longer afford to exist in this country.

In other countries, the “crowdsourcing” that Palmer often does for housing or food is done by the government. Her backing band might be easily paid by a grant. In some places, art is able to exist outside the chokehold of raw unrestrained capitalism. I know an EU citizen who has been touring Europe for the past several years in what might be described as luxury unheard of for unknown American bands, and, as a result, her band has become somewhat popular without the same effort required to sustain such a project in the United States. Her band was a project that she was allowed to try, not something that she had to sacrifice her life for. In America, we have decided that making art is a priveledge, not a right. Music education is severely lacking, journalism is collapsing and only the incredibly rich can afford to call themselves visual artists. The only solution we seem to have for these problems seems to be capitalism, capitalism and more capitalism. We write articles that will get hits online regardless of factual accuracy, make music that can be played on top-40 radio stations and create TV shows that will get high ratings. Or, we let a few very rich creative types gamble their fortunes on something new.

As a country, we are anti-elitist, but some might argue that our capitalist take on pop-culture is a type of elitism in and of itself.

With this sad state of affairs, it’s not surprising that those of us desperate for change look to our idols– women like Amanda Palmer, who have stood up to capitalist forces at Occupy Wall Street– for the solution to these problems in the form of cold hard cash.

But Palmer lives in a different world, some might argue a better world–more inline with Ancient Greek conceptions of art. (1) For Palmer, the ineffable experience of creating music is what matters most. She measures her time in happiness, which works in the alternate reality she is lucky enough to live in:

you see, with this tour, i originally fantasized that we’d write super-easy-to-learn parts, and then musician volunteers – of varying backgrounds and skill level – would join us to play them, in every city, Palmer wrote.

as an experiment, as the concept behind the grand theft orchestra. we are the media. we are the orchestra. it sounded like a really FUN way of doing a tour, and so far, it really has been.

this has been the onstage checklist since i first started touring, and it’ll probably never change: is everyone on stage happy – both the salaried musicians and the volunteers? does everyone feel welcome? appreciated? respected? is everyone enjoying themselves? and most importantly: does everybody have a drink????

In her rebuttal to critics of her band-sourcing, the largest and most looming of her points was that if people want to volunteer to do things for her, we, the public should not judge them. “The minute YOU make black and white rules about how other artists should value their own art and time, you disempower them,” Palmer wrote. The initially unrepentant artist continued: “and i could tell you that i wish i had enough money to hire a second tour bus and put eight full-time musicians on salaries. but the funny thing is: i actually don’t. i don’t wish that. not right now.” 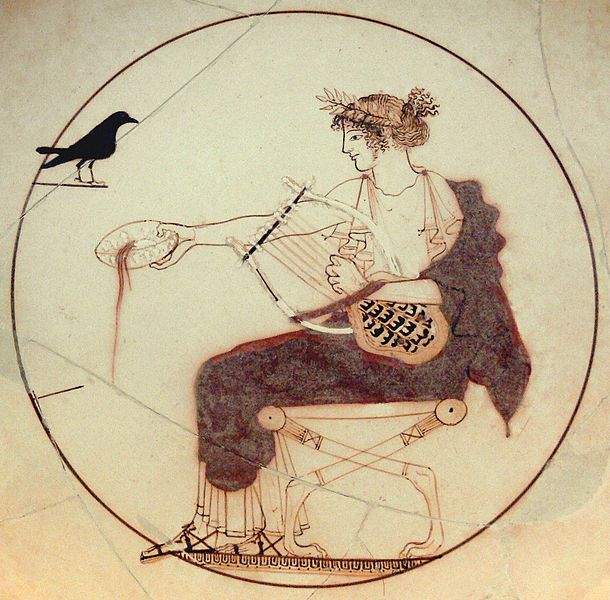 (1)Since the word “music” was coined from the Ancient Greek word “muses,” it’s only fitting that we turn to Ancient Greek conceptions of art. The muses were goddesses of inspiration that graced artists of all types. They spawned “museums” –shrines to the artistic gifts they provided. According to the Metropolitan Museum of Art, music was a most important art form and it was as valued as it was common:

Most Greek men trained to play an instrument competently, and to sing and perform choral dances. Instrumental music or the singing of a hymn regularly accompanied everyday activities and formal acts of worship. Shepherds piped to their flocks, oarsmen and infantry kept time to music, and women made music at home. The art of singing to one’s own stringed accompaniment was highly developed. Greek philosophers saw a relationship between music and mathematics, envisioning music as a paradigm of harmonious order reflecting the cosmos and the human soul.

Perhaps if we still valued music in the same way, musicians wouldn’t have to worry so much, and everyone who could carry a tune would be a musician, at least on the weekends.
That modern-day oracle known as Wikipedia states:

The function of music in ancient Greek society was bound up in their mythology: Amphion learned music from Hermes and then with a golden lyre built Thebes by moving the stones into place with the sound of his playing; Orpheus, the master-musician and lyre-player, played so magically that he could soothe wild beasts; the Orphic creation myths have Rhea “playing on a brazen drum, and compelling man’s attention to the oracles of the goddess”[10]; or Hermes [showing to Apollo] “…his newly-invented tortoise-shell lyre and [playing] such a ravishing tune on it with the plectrum he had also invented, at the same time singing to praise Apollo’s nobility[11] that he was forgiven at once…”; or Apollo’s musical victories over Marsyas and Pan.[12]

There are many such references that indicate that music was an integral part of the Greek perception of how their race had even come into existence and how their destinies continued to be watched over and controlled by the Gods. It is no wonder, then, that music was omnipresent at the Pythian Games, the Olympic Games, religious ceremonies, leisure activities, and even the beginnings of drama as an outgrowth of the dithyrambs performed in honor of Dionysus.[13]