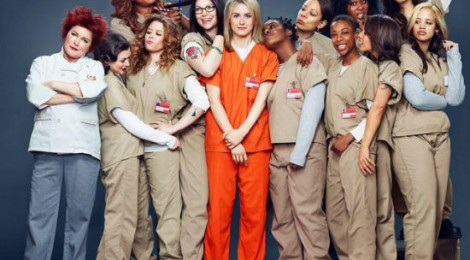 How Many LGBT on TV?

While online shows have substantially increased the visibility of LGB and even T characters, an annual report released in October by media advocacy group GLADD finds the entertainment industry still has many roles to fill when it comes to increasing diversity.

Characters like black bisexual lawyer Annalise Keating from ABC’s How To Get Away With Murder may be among television’s most memorable, but she is a rarity. Of 881 regular characters expected to appear on broadcast primetime scripted television in the coming year only 35 or 4 percent were identified as gay, lesbian, or bisexual, according to GLADD. The highest percentage of LGBT characters the media advocacy group has ever recorded in broadcast programming was 4.4 in the 2012-13 season.

For the first time, GLADD surveyed streaming networks and found 7 percent of LGBT characters were transgender, compared with 2 percent on cable TV and zero percent on primetime broadcasts. However, only one transgender man was seen in streaming shows as a series regular. “LGBT people of color have remained underrepresented for years, and transgender men have been all but invisible in the media,” wrote GLADD CEO Sarah Kate Ellis, in the report.

The survey found representations of disabilities had declined this year on broadcast primetime TV and only one character, Oliver, from How to Get Away With Murder is HIV positive.

“Each of us lives at the intersection of many identities and it’s important that television characters reflect the full diversity of the LGBT community,” wrote Ellis. “It is not enough to just include LGBT characters; those characters need to be portrayed with thought and care to accurately represent an often tokenized community.”