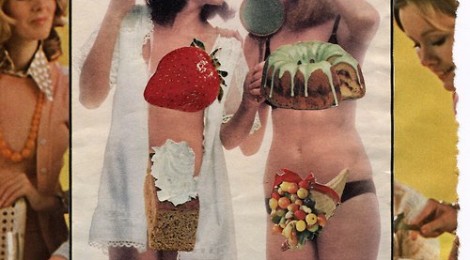 Put on your best headband and get ready for “Picture Day,” an art show in New York City. Through March 18, Culturefix is featuring the work of some very talented and lovely ladies, including collages by Fake Pretty Contributor Christine Shan Shan Hou. Work on display ranges from portraiture to snarky photo collage and all artists are friends of Fake Pretty—damn we are popular.

Fake Pretty founder Elizabeth Daley and curator Emma Zurer have been best friends since sixth grade,  where they spent many picture days together. Read on for embarrassing stories about your humble editrix.

Elizabeth Daley, Fake Pretty.com: So, what makes this show different from any other show?

Emma Zurer: It’s an alternative to the uptight Chelsea Gallery. I am trying to offer an opportunity for different people to showcase their work, and I was also inspired by a show at the Morgan Library, a hidden New York City gem—-well I don’t know if it’s that hidden, but anyway, they had a show on surrealism and a lot of it was dedicated to the game Exquisite Corpse, and it was amazing to see what was created kind of randomly with the simple direction of drawing something on a page and then folding it over and passing it to someone else. It started out with poetry actually, and that’s where the phrase “Exquisite Corpse” comes from. Allegedly the first phrase that was created was “The exquisite corpse shall drink the new wine”—they actually debate whether it was “new wine” or “young wine.” I picked artists whose work isn’t that similar, but I thought the group could make its own kind of exquisite corpse on the wall.

Going back to traditional gallery experiences, I just went to go see Basquiat at the Gagosian, and I said to my friend as I was going in: “I bet I am going to smile at them and nod and I bet they are going to just stare back at me and not say anything,” and that’s’ exactly what happened. 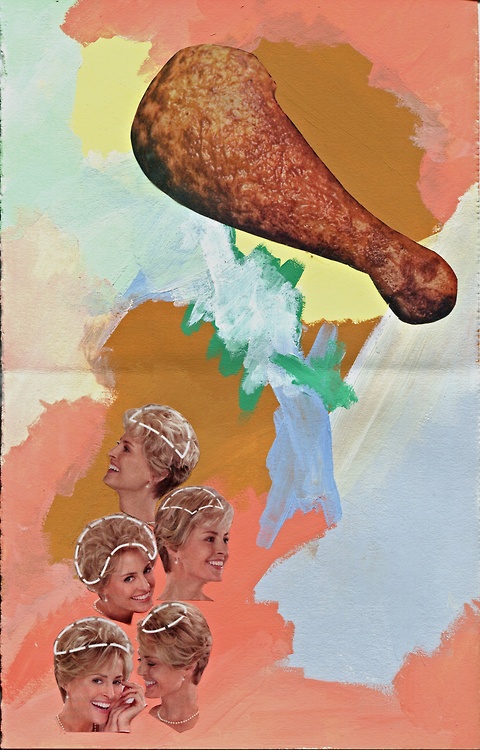 ED: So do you promise to personally greet everyone who comes to Culturefix?

EZ: Yes. (Laughs) I often think about audience a lot more than most people do. I like to think about how the audience will look at the art and how they will react, and I do want to make them feel something positive. I am not interested in darkness and sadness and questions of what life really means. I wanted to take this opportunity to get a little break from the rat race of this city and showcase people I believe in.

ED: Also, don’t you think that almost every group show (even if it has a theme) often features a bunch of artists who know the curator pretending like they were just “discovered”? 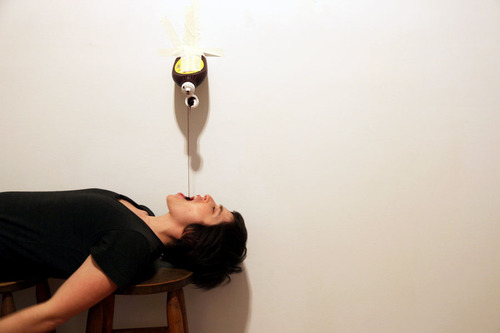 Self portrait by Leah Moskowitz.

EZ: People do try to hide that they curated a show based on who they know, but people shouldn’t hide it. We should be proud that we know talented people, and we shouldn’t try to put artists into a thematic box, that’s why I am loose about the theme. I have been to a lot of shows where curators use a theme almost as a coverup of the fact they have all of their friends’ work in the show. So then I am thinking ‘OK it’s a show about gender,’ which is more interesting these days. So then I go to the show, and there is maybe one piece that exhibits some sort of commentary on gender, and the rest is abstract art and I don’t see any connection to the theme of gender, and I leave feeling empty. 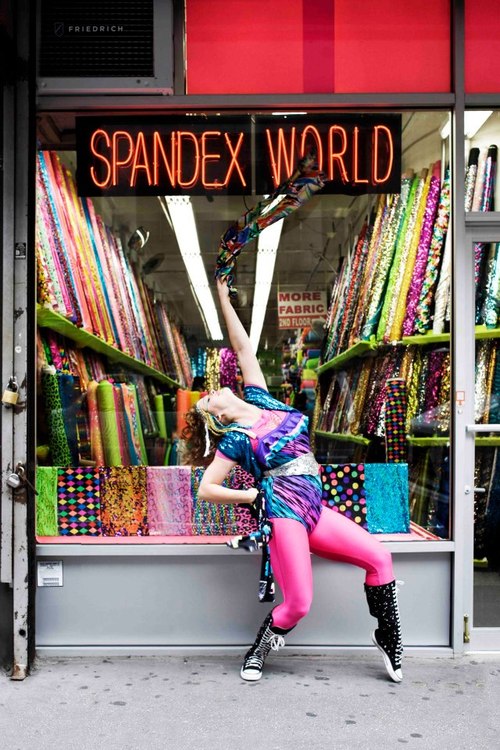 ED: So basically not having a theme allows it to be less disappointing? Or just makes it like there are fewer expectations?

EZ: It leaves less room for disappointment, and I want the work to speak for itself. So many shows that have themes force the themes upon the work and it sort of hinders the experience.

ED: OK, so who are these artists and how do you know them? 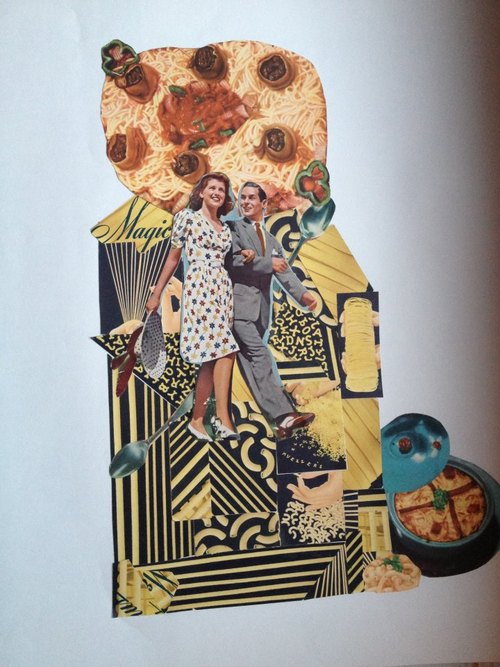 EZ: There are two photographers and two collage artists (one of them is me). I know two of them through you.

EZ: You are the extraordinary Elizabeth Daley who will also be reading at Culturefix on March 16th

ED: How did we meet?

EZ: We met in sixth grade, and I will tell the story again: You came into English class late and you had powdered donut sugar all over your coat and you were brushing your hair simultaneously, and I said, “I want to be her friend.”

So, I met two artists through you. Both Leah Moskowitz and Christine Hou went to Bard with you. A lot of people that I meet through you who went to your college do a lot of different things creatively— like Leah also makes films and plays the drums and Christine writes poetry—- big up to Bard College! And Kate Reeder I met through another friend —-see a theme here? I met her through Lillian Crowe, who is in her own right a great jewelry designer.

Kate actually took pictures of me a few years ago. Her strongest suit in my opinion is portraits, so she came to me to ask if I wanted to be included in portraits of women in lingerie in their own bedrooms. Kate is really interested in people in their spaces. I was flattered, but also really nervous, but she came over and was able to get some great images—- I was even surprised that they were me.

ED: I didn’t even know you did that!