At first, Sharon Hayes’ “There’s So Much I Want To Say To You” was profoundly annoying. Her room at the Whitney is filled with picket signs and plywood platforms, approximating the type of two-bit constructions one might see on the campaign trail. The title of the exhibit is pretentious and affected, and viewing staged “protest” in a museum setting seems to rob it of its authenticity and validity.

However, Hayes work requires closer inspection than my knee-jerk reaction. Listening to her monologue, “Everything Else Has Failed, Don’t You Think It’s Time for Love?” initially performed outside the UBS Bank in Midtown Manhattan in 2007 actually added something to the representations of protest one is likely to come across in main-stream media. In the audio piece, Hayes is addressing an unknown lover, and talking about the hope and disappointment protest can bring. The simultaneous desperation and resignation in her monologue resonated with me. People don’t just take to the streets because they are angry, they take to the streets because they are miserable, because their dreams have been broken, because they don’t know what else in the world to do.

Performing a speech on the street to a lover is about as raw and desperate as the act of protest itself.

In another room, video projections showed Hayes attempting to recite the words of Patty Hearst, an heiress kidnapped by the Symbionese Liberation Army in 1974 . Hayes fails to memorize all of the words Hearst says, but is assisted by an unseen crowd of onlookers who coach her untill she gets the words just right. In addition to being a fascinating look into a history, Hayes performance shows the transformation effected by a crowd, as the onlookers coach her. It’s unclear who is actually controlling the speech.

When she was arrested, Hearst was said to have suffered from Stockholm syndrome, wherein she identified with her captors. In Hayes’ performance, it’s hard to say if it was the syndrome talking, or some more righteous part of Hearst that felt the SLA’s demands to feed Los Angeles’ poor were somewhat noble. 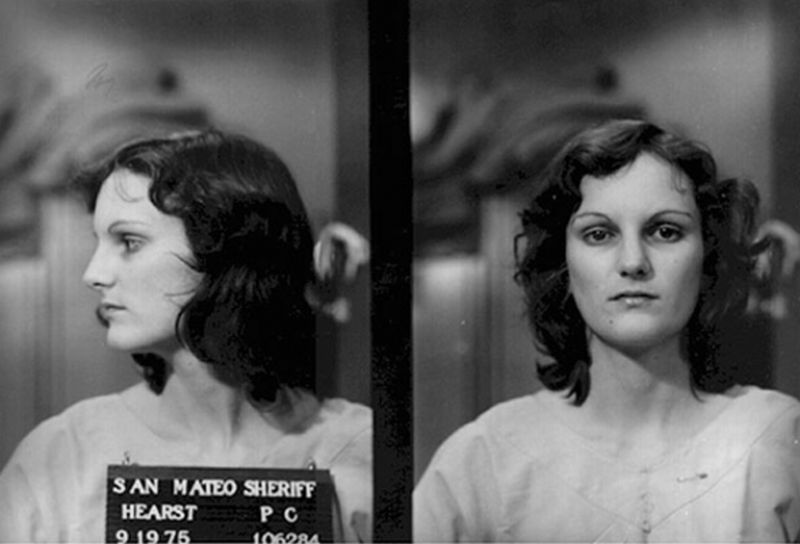 In one of the most interesting and understated pieces of the exhibit, Hayes has collected quotes about women’s voices throughout history. The quotes show the ways in which different female voices are categorized and qualified often in conjunction with or disjunction to the speaker’s femininity. The phrases appear in an approximately 11-inch square corner of wall space, projected on the wall to be read as cultural projections. They represent times, eras and speakers that are left unidentified, but the words have a unified and familiar quality to them. Some of the statements refer to Hillary Clinton’s voice, others to that of Simone De Beauvoir. Each quote is its own fascinating anthropological study of femininity. The quote that I have collected refers to Hayes herself, and is taken from a New York Times article reviewing the show, in which the piece in question was not mentioned.

Her performances and sound installations mash up soapbox rants and romantic monologues, diatribes and cris de coeur, all delivered in her own bell-clear, strident voice.

See Hayes’ Work at the Whitney through Sept. 9

Leave a Reply to Anonymous Click here to cancel reply.

← Raining on the Michelle Obama parade
@Amandapalmer, Ancient Greeks and how we value art in America →