In defense of hurdler @LoloJones, who was attacked in the New York Times

In his article “Everything is Image,” New York Times writer Jere Longman attacks Olympic hurdler Lolo Jones, for what he perceives to be her lack of athletic prowess and contrasting adeptness at publicity. He wrote that Jones’ popularity:

… was based not on achievement but on her exotic beauty and on a sad and cynical marketing campaign. Essentially, Jones has decided she will be whatever anyone wants her to be — vixen, virgin, victim — to draw attention to herself and the many products she endorses.

Funny, because in most of the coverage of Jones that we have seen, commentators aren’t focusing on her virginity or vixen-ness, but rather remarking upon the fact that Jones was in the lead in the 2008 Bejing Olympics, but tripped, causing her to finish in seventh place. I don’t follow hurdling regularly, but even I know this.

Longman goes on to write that he personally disapproved of a bathing suit Jones wore on the cover of “Outside Magazine, ” calling it ”nothing but strategically placed ribbon.” Jones’ red bathing suit seems to tell Longman that her claims to be a “virgin” and a “Christian” were obviously false. Again, why do we care who she sleeps with or worships? Is Longman secretly Jones’ father? Now THAT could be a story.

How dare this man attack a US Olympian for her bathing suit– which by the way, is about as much as many competing Olympians wear these days.

Has Mr. Longman watched beach volleyball? He might have a stroke from the exposed flesh of Misty May-Treanor and Kerri Walsh Jennings, who just won a gold medal for the USA.

Part of the reason we watch the Olympics is to marvel at the bodies of superhuman sportsmen and women, and as a sportswriter, surely Longman knows that Olympic contests were initially held in the buff. But apparently none of this matters, since he is determined to hate a US Olympian for being sexy.

Longman goes on to admit that male athletes, like swimmer Ryan Lochte, have often been praised for good looks. But in Lochte’s case, Longman seems to argue that it’s totally cool, because he’s a medalist. So if Jones won a medal, would it be ok for her to be sexy?

In his infinite journalistic wisdom, the sportswriter decides he needs to have quotes from other people (rather than just his own opinions) to substantiate his attacks on Jones. He taps Janice Forsyth, director of the International Centre for Olympic Studies at the University of Western Ontario who laments female athletes who feel they must sell themselves as sex objects, but then goes on to say:

“I don’t know if this is Lolo being Lolo or part of a marketing scheme to remain relevant in an Olympic industry where if you are not the Olympic champion, you are nothing.”

Hmm…very interesting. So a) this could just be the way Lolo is and b) she is in an industry where if you are not a champion you are nothing. It’s so awesome that Longman decided to challenge that notion in his article and encourage women to try sports by affording female athletes fair and unbiased news coverage. Oh wait, HE DIDN’T. Longman writes that Jones struggles with doubts, but rather than try to assuage them, he gives Jones something to really be worried about: not the race, but her image.

As if he hadn’t maligned Jones enough, Longman gets her teammate Dawn Harper for her take, pitting one female athlete against another in the court of public opinion, not the track.

Harper conceded that like Jones, she only became a hurdler so that she could pose scantily clad on the covers of niche magazines and get free shoes and earn money from endorsements. Nope. She didn’t say that, because no one becomes a hurdler for that reason!

Since Jones is such a lame athlete, we challenge Longman to a race against her. We challenge Longman to jump as high and run as fast as this woman who has been jumping and running as the bar is raised not just by fellow athletes, but by people like Longman: a person who clearly does a terrible job at what he is allegedly good at, yet continues to be read in the preeminent English-language paper of our time. Does he only have his job because of his sex appeal? 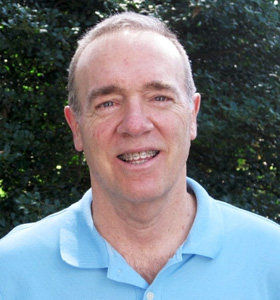 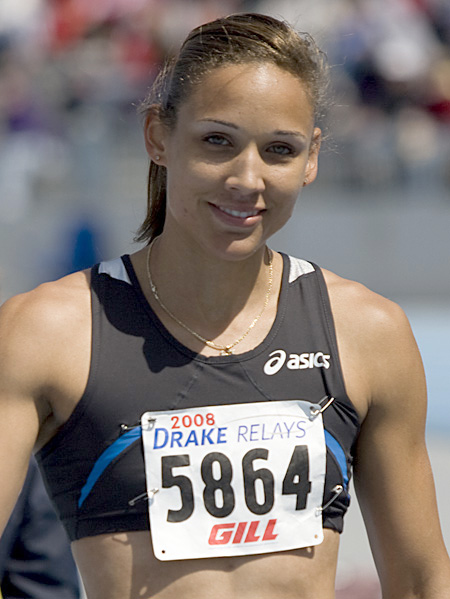 Visit NBCNews.com for breaking news, world news, and news about the economy

On The Today Show, Jones cried about her treatment in the New York Times.

The Times’ Ombudsman also criticized the viciousness of  Longman’s article, writing that he had received many letters from readers who were upset by it. Longman’s editor apparently defended the article. Many other writers have since weighed in, and we will be continuing to cover new developments as they occur.

← Glasses usually make you ugly, according to this strange promotional film
@LoloJones and the men in her life: an ode to sexism and Beyonce →